Back to Education Pamphlets

Sports injuries involving cervical spine vary considerably in severity and nature from minor sprains and strains to catastrophic trauma resulting in either permanent or transient functional and neurological deficit. The information provided in this pamphlet focuses mainly on non-catastrophic cases.

Cervical spine (Fig.1) consists of seven vertebrae that are separated by intervertebral discs and are supported by ligaments and muscles. The cervical vertebrae articulate with each other and move according to the muscle contraction. The neck is a very mobile unit that also needs to support the heavy weight of the head. Hence it is susceptible to injury particular those resulting from excessive stress and strain. 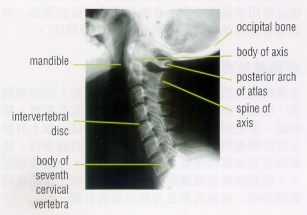 The most common types of traumatic injuries like sprains or strains are resulted from sudden acceleration, deceleration, or mild contact with an object such as the ground, an opponent, or the ball. Non-traumatic injuries (often classified as overuse injury) include poor posture or sustained postures; incorrect technique particularly in throwing or racquet sports, or poorly designed strengthening program which leads to muscle imbalance in the upper quarter of body.

Mechanisms of traumatic injury include:

Poor upper quarter posture
Forward head posture (Fig.2) is the most common incorrect posture that contributes to cervical problems. This posture puts uneven stresses and overload on certain parts of the cervical spine where in turn are prone to dysfunction and develop cervical pain. A correct posture involves: chest lifted, shoulders relaxed, chin tucked in and head levelled. The neck should feel strong, straight and relaxed. Cervical pain or dysfunction may be further triggered or aggravated by sporting activities. 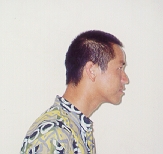 Muscle imbalance
Muscle imbalance and poor posture of the upper quarter have a strong relationship. One can be the result or the cause of the other. Muscle imbalance also affects movement co-ordination and may induce faulty stresses on the cervical spine. Upper trapezius, the pectorals and levator scapulae are commonly tight while the deep neck flexors and lower scapular muscles are commonly weak in athletes with cervical problems.

Rest
An initial period of immobilisation with the use of cervical collar is indicated if the condition is irritable.

Medication
Non-steroidal anti-inflammatories, analgesics and muscle relaxants prescribed by the doctor are frequently helpful at the acute stage.

Physiotherapy
Physiotherapists may use mobilisation, manipulation, soft tissue mobilisation, electrotherapy and acupuncture to alleviate pain, restore mobility and relieve muscle spasm. Stretching of tight muscles (e.g. upper trapezius, the pectoral and the levator scapulae) (Fig.3) and strengthening of weak muscles (deep neck flexors and lower trapezius) might also be needed. Postural exercise might be done with correction and advice given as indicated. 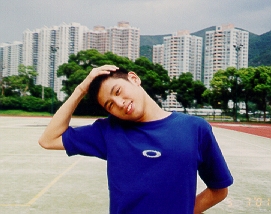 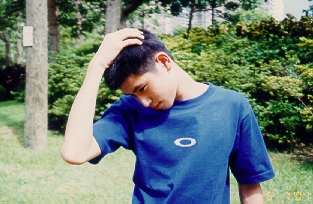 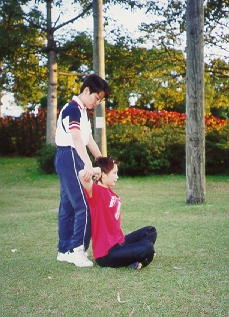 Sporting technique and rehabilitation
Correct technique especially in swimming, racquet sports or throwing sports has significant contribution in preventing "overuse" type of cervical injuries from occurring. For example, a tennis player who has poor thoracic and lumbar mobility and abnormal scapulothoracic and glenohumeral mechanics will stress her/his cervical spine more often during serving and overhead shots as she/he tries to maximize her/his reach and power. This can result in cervical overuse syndrome. The Sport Physiotherapist should assess and discuss any faulty techniques with the coach and prescribe appropriate rehabilitation programme.

All information in this pamphlet is for reference only